Nonstop Stereo on the road! 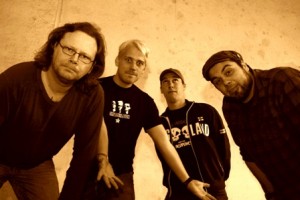 NONSTOP STEREO is the legitimate successor of one of the most popular punk rock combos in Germany. Frank Ludes, head of BASH! that split up some years ago, gathered three talented musicians around him in 2004, to continue playing his great songs with their characteristic voice and spread it to the world.

So much reminds of BASH! and yet, much has changed: NONSTOP STEREO likes to use more than three chords in order to inspire us with their punk rock anthems. NONSTOP STEREO plays mostly catchy punk rock with German lyrics, which are of private business but funny on the other side. And so former fans of BASH! and a bunch of new listeners enjoy this great band and so should you!