HEAVYBALL from England on the road! 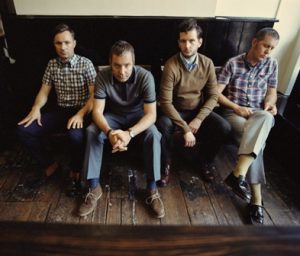 Heavyball are a self titled “new tone” 4 piece band originally from Nottingham; formed in 2011. They describe their sound as ‘new tone’, a modern interpretation of two tone and ska.
Influences include Viz, Shane Meadows and the story writing traditions of country and western.
Their second album „When Can You Start?“ was released November 1st 2017. It recounts a week in the life of an ordinary office worker. The diary of a nobody who represents everybody. He doesn’t know it, but this week is different. Because this week is his last on earth. Storytelling, humour and everyday observations wrapped up in sharp melodies.
An extraordinary band you shouldnt miss!