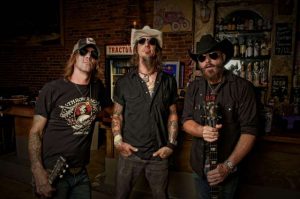 You’ve heard our name, you’ve seen our records, our t-shirts and our stickers. We’re probably the favorite band of someone you know and yet maybe we’re still a mystery to you. Well my friend, that’s okay, you’re at the right place to get to know the greatest rock-n-roll band in the world, The Supersuckers.

The greatest Rock’n’Roll Band in the world returns once again to prove they still got it with what is perhaps the bands greatest achievement to date, the incredibly deep and amazingly rocking album “Play That Rock `n’ Roll” (Steamhammer, release Feb 2020)

This band of old dudes still has the same passion for the craft they’ve always had only now they’re even better at it (as if that was even possible!) and the proof is here in this new album.
So, if you fancy yourself a Connoisseur Of Quality™, a Person of Impeccable Taste™, then you need to get your hands on this record and go see the band live immediately.
They will certainly rock your pants right off. Guaranteed.

Supersuckers were originally signed to Seattle’s Sub Pop label where they released their debut album “The Smoke of Hell” in 1992. The group stayed with the label throughout the 1990’s until their final greatest hits release in 1999 “How the Supersuckers became the Greatest Rock ‘n’ Roll band in the World”. Forming their own label Mid-Fi Recordings the band continued to release great albums up until 2015’s “Holdin’ the Bag”.

In December 2018 they were back touring in Europe. Since this was their 30th band anniversary, they had a special 30th anniversary set prepared for you, the performance of the album “the evil powers of rock ’n’ roll” in its entirety, a bunch of songs from their upcoming album “Suck it”, classic mid singalong hits and a little country medley.
In 2022 they are going to be back for another European tour adventure with a brand new album.

get in touch for a show (only Germany and Switzerland)