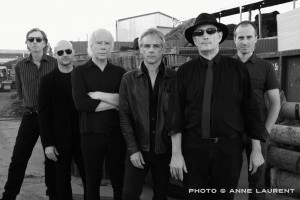 Detroit born guitarist Deniz Tek, vocalist Rob Younger and drummer Ron Keeley started Radio Birdman mid 1974 in Sydney, Australia. They envisioned a band that would break rules and have no regard for the status quo of the parochial Australian rock business of the time. The band would play extremely hard and with maximum involvement from the members at all times. It was to be an art form created from passion, with no strict format or structure, which could go in any direction at any time. This would include forays into improvised visual as well as sonic realms. Loose, wild feedback drenched glory – no two performances were ever to be the same.

available on request! Send your offers!