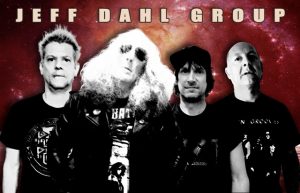 Jeff Dahl is an American musician located in Hawaii.
Dahl recorded his first single, “Rock N Roll Critic”, in 1977 and later played in bands like The Angry Samoans and Powertrip, and played and recorded with guitar legends Cheetah Chrome (Dead Boys) and Rikk Agnew (Adolescents). He was also a member of Vox Pop (along with members of the Germs, 45 Grave and Dream Syndicate) and has recorded with hardcore punk legends Poison Idea.
Dahl has performed on approximately 26 full-length albums (including studio albums, live albums, bootlegs, and best-of collections) and 100 7″ singles, many out of print. He has toured extensively and worked in studio production in the United States, Europe and Japan.
His new album, ELECTRIC JUNK, is straightforward, pumping and deeply rooted in punk and rocknroll. Sam Bradley, Radio Birdman‘s legendary guitar player Deniz Tek and Dave Swaim on keyboards joined the recordings.
ELECTRIC JUNK will be released on vinyl on the spanish label Ghost Highway Recordings and on cd by Iwannabeahoople Records.
Jeff Dahl was last seen in Europe in 2005. In 2022 he will be back touring Europe with his Jeff Dahl Group (Zepp Oberpichler – Shocky Horrors, Alex Schwers (Slime) and Fratz Thum (punk.de) playing old and new tunes and this might also be the last time. Dont miss this!